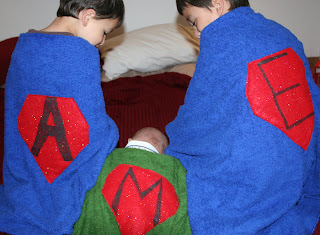 I have been wanting to make these towel capes for the boys since their last b-day.  I finally got around to it a year later.  I wish I would of just made myself do them because they were super easy.

They are practical and also fun for them to play with.

When I sewed the emblems on the back I accidentally did one crooked and debated about redoing it.  The title of my blog says I am not a perfectionist and I really am not but for some reason crooked things bother me.  So I did it over again.

The baby one is a poncho style one.  Getting him wrapped up in a towel is always hard when they are so slippery.  This poncho style makes it super easy to quickly bundle them. 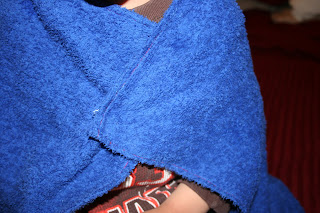 Towels are outrageously priced here so I bought towel fabric.                                                    What you need:  Towel, velcro, felt, fabric paint. Cut it out in shape of rectangle if your using the towel fabric, sew the sides of it and then sew on velcro in the front.  I made the front of theirs with a big overlap because I do want them to use it as a towel and not just a cape.  The emblem is a square of sparkly felt I bought at Michaels.  I glued those on first after my crooked emblem mistake and then I sewed it on.  I used fabric paint to paint their initials. The boys were so excited that they all got an early birthday gift.
If you use an already  made towel than this project is SUPER easy.  All you need is to sew on the velcro, paint initials on emblem and sew it on and your done!
Posted by Mari at 10:49 AM 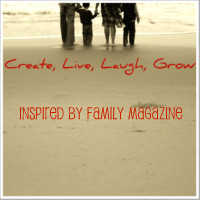 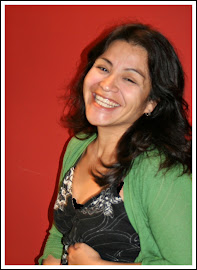